Operating without a backup plan can be disastrous. Not knowing for sure if your plan actually works is even riskier. When disaster strikes your IT infrastructure, you need to be up and running right away. Integrated Technology Design has the solution for backup and storage needs of any size.

The National Archives and Records Administration reports that 93 percent of businesses that lose their data center for 10 days or more would end up filing for bankruptcy within one year of the data loss. Price Waterhouse Cooper reports that seven out of ten small companies that experience data loss are out of business within a year.

Even the most successful companies aren't immune from data disasters caused by simple human error. Back in 1998, Pixar was developing a sequel to the $350-million digitally animated hit Toy Story when a user accidentally deleted more than 60 percent of the film. Technical Director Oren Jacob and a team of producers just happened to be looking at a directory listing of main digital assets of Tom Hanks' character when the digital files for Woody and other characters suddenly began to disappear. Jacob called down to the main server room and had them pull the plug on the whole server right away. But the damage was done with 60% of the film's assets gone from the file system.

As bad as that was, Pixar felt lucky to have a complete backup available — or so they thought. It turned out that the backup system had stopped functioning a month earlier because it had only devoted 4 gigabytes of tape for the 10 gigabyte film. And no one had paid any attention to the automated local backups. The loss of almost a year of work was a disaster for the small digital studio because distributor Disney had a 1999 release date set in stone.

The lucky break that saved the loss of thousands of man-hours in work was a computer that one employee had at her house. She had routinely downloaded copies of the film's files so she could work at home with her newborn baby. The Pixar crew rushed to her house and (carefully!) moved her computer back to the main studio. It booted up to reveal a two-week old complete copy of the file system, allowing the studio to restore the majority of the lost work.

Read more about our products and services! 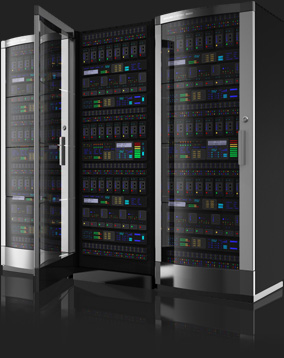